Can you describe pictures?

Главная » In English » Can you describe pictures?
In EnglishКомментарии: 0 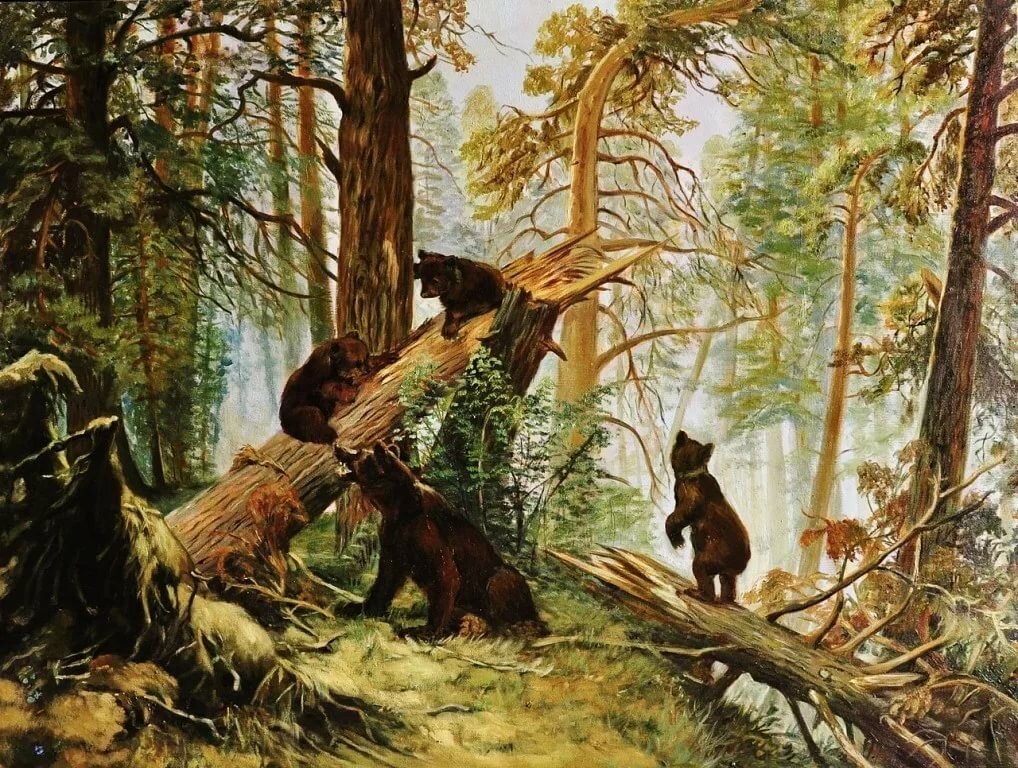 Honestly, I’m a dummy when it comes to Art. Having a pretty rough idea about styles and genres, along with a bunch of most prominent names in my head, I’m hardy the person who can maintain a smooth or even entertaining conversation on the topic of galleries, exhibitions and museums, not with ease, anyway.

Although my primary school compositions on masterpieces used to be my favourite type of writing (and I still find it much easier to depict what I can see than to make up a story from scratch), I took my time to scrutinise a memorable catchy … landscape (?) and rack my brain. Apparently, my descriptive skill should’ve been practised more often.

If you, all of a sudden, get the impulse to find somebody who hasn’t seen ‘Morning in a pinewood’ by Shishkin, it might turn out as a mission impossible. The picture is widely admired by both adults and children, though, if truth be told, largely associated with a confectionary wrapper or a lid of a whatsnot box. Still, the idea that’s recently struck me is how unlike our perception is at different stages of life.

It used to be just like what it was named – a leisurely peaceful break of day somewhere deep in the forest, playful bear-cubs testing and tasting their strengths, a loving mother looking at her babies with a mixture of pride and satisfaction.
Now I can see how cautions the Mother Bear is, how tense is her posture. Is she encouraging the younger to climb? Telling it off? Asking to take care? And what is the one which is balancing on the log with its back on us staring at? Woods are so full of hazards. Something must be hiding in the spooky mist cloaking the background.

And how come I’m speaking mostly about the bears when Shishkin had nothing to do with them??? If you happen to know, animals didn’t belong to the original plan, and only later did the artist let his friend and co-author Savitsky alter the picture and make it what we can see and marvel at today. For some reason Savitsky’s name was deleted from the canvas by Tretyakov.

One more question which triggers my curiosity is the season. It could be anytime — late spring, summer, early autumn… If you ask me, evergreen forests look pretty much the same most part of a year, apart from winter. What’s your hunch? Why?